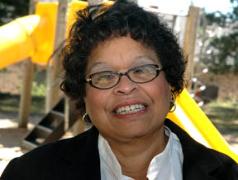 Friends, family and community packed a Rock County courthouse on Wednesday, June 16 in support of justice for Aprina Paul, the young woman whose life was snuffed out by Nathan Middleton of Edgerton,  The sentencing hearing was emotional and heart wrenching as facts in this horrendous case were reiterated. As the Assistant DA read her statement, some in the courtroom became increasingly more upset but managed to maintain their composure as they listened and learned more about Middleton’s life of crime and vicious behavior. Others found it too difficult to remain in the courtroom and their screams of agony could be heard out in the hall. The victim’s mother read a compassionate statement that described her daughter and how this loss has impacted the grieving family and friends who loved Aprina.

Statements from Judge Richard Werner emphasized the fact that Middleton had no concern for Aprina and he said, “It was all about yourself.” The Judge also stated that there was no opportunity for the family to proceed with a proper funeral or a way to say good-bye. Included in Judge Werner’s statement was that this crime was committed 16 months after Middleton had been released from prison and that Middleton has demonstrated “escalating dangerous conduct” and is a danger to the community. It was also noted that Middleton is a member of a hate group. The Judge went on to say, “Had it not been for good detective work, you may not have been arrested.” Because the body was burned up, there was no way to determine how Aprina actually died, which resulted in Middleton being charged with hiding a corpse and mutilating a body.  He was sentenced to 12 years for Count 1 and 16 years for Count 2.  There was a round of clapping after the Judge completed his statement and sentencing. It was felt that the Judge was fair in his sentencing, given the circumstances.

Several courtroom observers compared the horror of this crime to those that were committed in the South by the Ku Klux Klan back in the day. One person, who was seated behind Middleton, said that to be so close to evil was hard to bear. And others were horrified by the fact that Middleton went to work after dumping the body in a pit and then roasted marshmallows with his family and took pictures of the fire with his cell phone. They were angered by his statement of “I have taken responsibility for my bad choices” when asking for a lighter sentence. Several ran tearfully from the courtroom and their sobbing could be heard.

There are some who have said that they will seek avenues that will result in Middleton being charged with murdering Aprina Paul.    Others commented that these hate groups need to be put on notice that they are being watched and there are members of this community who will not be silent when such heinous crimes are committed.

In the end, the scene outside of the courtroom was somber but there was an agreement that those who seek justice for Aprina Paul are not going to let this case disappear from the headlines.